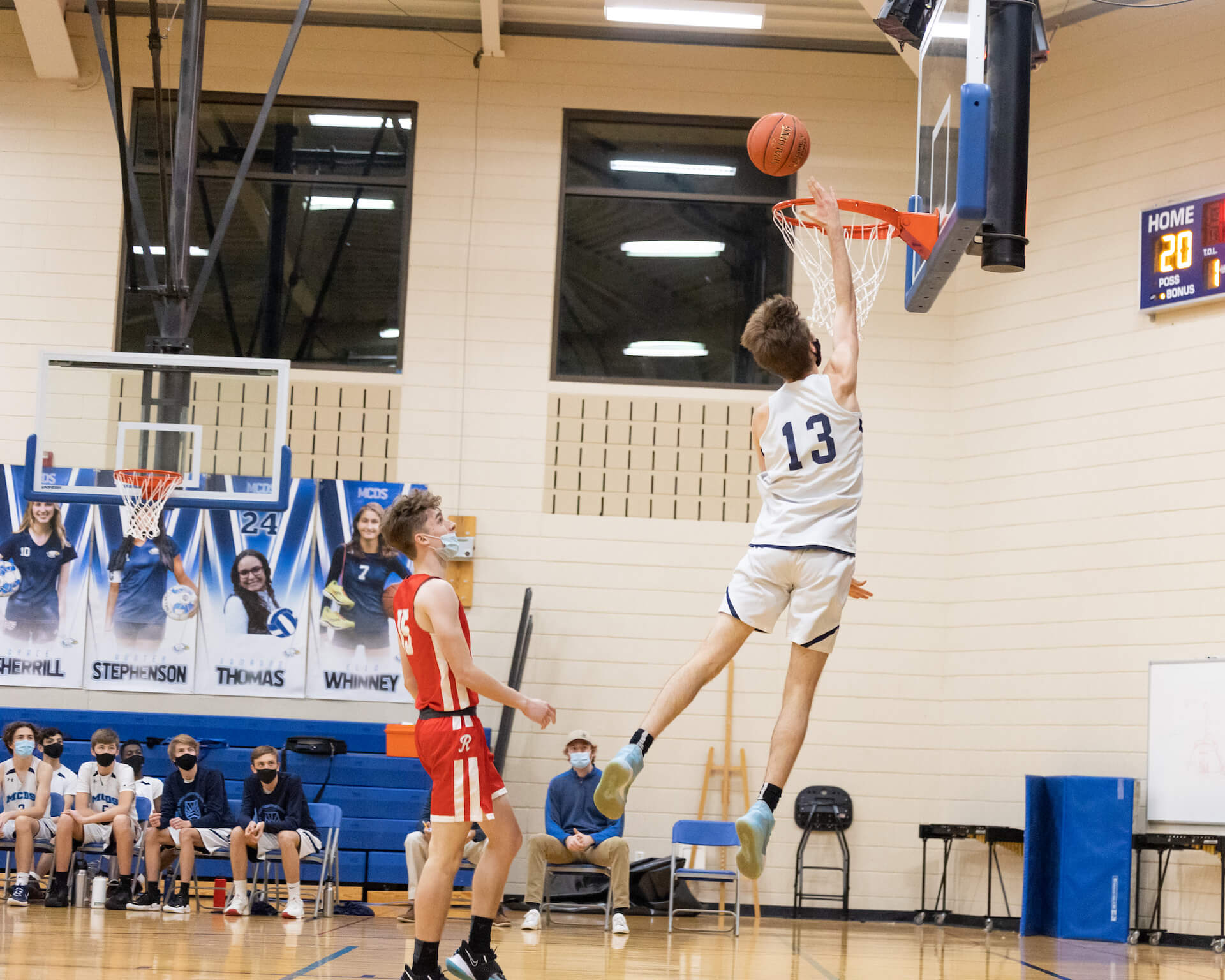 The 2021-22 season was an incredible year for the MCDS basketball program, with numerous records broken and success at all levels. After a full season off due to the pandemic, the middle school basketball teams demonstrated great improvement. MCDS was able to field six middle school teams this year: fifth, sixth, seventh, and eighth grade boys, as well as combined fifth and sixth grade, and seventh and eighth grade girls teams. Each team grew in skills and basketball knowledge over the course of the season.

The high school teams celebrated many individual and team records. The girls’ varsity team achieved the winningest season in program history, including the most conference wins in a single season. Four girls program records were broken, with Stella ’22 setting the new season blocks record, and Ella ’22 breaking the records for points, rebounds, and steals in a single season. In addition, Ella ’22 and Ella ’23 earned the Trailways Second Team All-Conference honors.

“My favorite part of MCDS basketball is the community that was built . . . . Those friendships developed through the trust we had with one another while playing on the court.”
—Ella ’23

After the clear success of the past season, MCDS’s coaches and players hope to carry that momentum forward. Sam ’24 sums up the feelings of the players well: “The upcoming goal for the MCDS basketball team is to build a program that can lead to a winning season. There are some exciting new prospects coming in from middle school as well as students transferring here from other schools. The goal is to engage these players and players from the current roster to build a program that can win games.”

The basketball program has helped many student athletes to improve both as players and as individuals. Rhea ’23 underscores this, “I want to grow as an athlete, teammate, and person. MCDS basketball is a great way to improve your skills while spending time with your friends. I want to be able to play more and learn to be a better team player. The girls' team has a wonderful connection already, and we are a community. By improving on the court we can grow closer as friends too. I can't wait to see what next season brings!”

MCDS’ student athletes consistently epitomize leadership on and off the courts. With many great leaders and players returning, it will be exciting to see how teams continue to grow a stronger program.

An MCDS basketball coach once commented that all MCDS athletes should be proud knowing they played a profound part in building the program: laying down building blocks for the players who follow, and towards continued successes. MCDS basketball players have improved, persevered, and worked for the improvement of the program. Players, coaches, and basketball alumni can’t wait to see what the future holds.

This summer, MCDS welcomed Anne Gravel to the role of athletic director.
Community